Before Texas became part of the United States, Native Americans lived there for thousands of years, and after that, it was inhabited by the Spanish. In fact, the area was called New Spain. Even after Mexico became independent, it had strong ties with Texas. 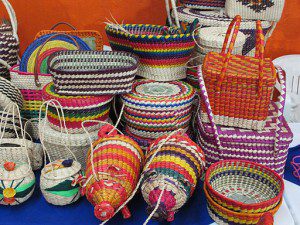 But Tex-Mex food is only one way to experience the rich Tejaño Mexican culture.

There is also the music. Tejaño music has its own unique style. It is related to the folk music of Louisiana, known as Cajun music, that has been combined with other, more modern types of music, such as rock and roll, rhythm and blues, pop, and country. There are also Mexican influences, such as the mariachi sound.

Mexican art is another way to experience Tejaño Mexican culture. The art is varied, producing clay pottery, cotton garments, wool shawls, colorful baskets, and rugs that are unmatched anywhere else.

You can also unleash your inner Tex-Mex by celebrating traditional Mexican holidays. Several Mexican holidays are well known. One of the most famous is the Day of the Dead celebration. It takes place on November 2 of each year to remember and honor those who have died.

Symbols of death actually have a prominent place in Mexican culture, art and religion. It may have a pre-Columbian connection. On the Day of the Dead, Mexicans put together altars for the dead in their homes, along with food and drink, and often include skulls made from sugar and chocolate, to welcome the dead back to earth. Many Mexicans also go to graveyards to decorate graves with large orange flowers. Then, they stay by the graves to pray and to talk about the person who has died.

The Feast of Our Lady of Guadalupe is celebrated on December 12. It is a major Mexican holiday to mark the appearance of the Virgin Mary to a man during early Spanish rule.

And then there is Cinco de Mayo, May 5, which marks the date of a Mexican military victory over the French.

Perhaps the easiest way to unleash your inner Tex-Mex is to enjoy some great Tex-Mex cuisine! We hope you will visit a Mattito’s location near you soon.

By Alfonsobouchot (Own work) [CC BY-SA 3.0], via Wikimedia Commons