One of the major differences between authentic Mexican food and Tex-Mex food is the presence of cheese.  Americans love cheese—and we really love to add a lot of it to our Tex-Mex food!  But there are many, many varieties of cheese in this world. If you’re reading the menu at a Tex-Mex restaurant and an entrée is said to come with “shredded cheese” or “cheese sauce,” you can always ask your server for clarification. However, it may also be helpful to know which kinds of cheeses are most frequently used in Tex-Mex cooking.  Here are “the big three” to be aware of: 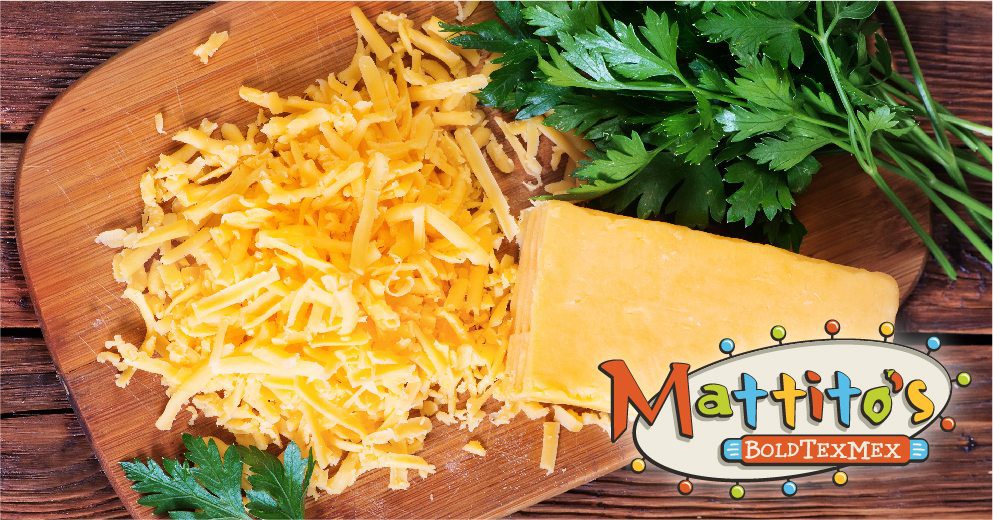 This is probably the most common type of cheese you’ll see in Tex-Mex dishes; when people visualize the plates of food, the entrées (and sides) are usually covered with the stuff!  More often than not, “yellow” cheese simply refers to shredded cheddar cheese—which, of course, is a decidedly non-Mexican ingredient.  Fun fact: cheddar cheese (and many other hard cheeses) are typically quite low in lactose.  This means that many folks who are lactose intolerant can digest cheddar cheese without having “tummy trouble” later on.  That’s not a hard-and-fast rule, though; some people are much more sensitive to lactose than others.

Cheddar cheese is available in varying degrees of sharpness. Tex-Mex foods tend to favor “mild” cheddar, though some places use “sharp” cheddar to give their dishes an extra “bite.”  “Extra sharp” cheddar cheese does exist, but it’s usually better for snacking rather than garnishing.  If you’re not careful, it can completely overwhelm a dish!

If you order food at a Tex-Mex restaurant and it comes topped with shredded or melted white cheese, you’re probably dealing with Monterey Jack.  This type of cheese is truly an American and Mexican hybrid; it was first created by Mexican Franciscan friars in Monterey, California in the 18th century, but an American entrepreneur named David Jacks “introduced” it to the rest of California—and, by extension, the rest of America.  Or maybe it was someone else; history’s not quite clear on the subject! 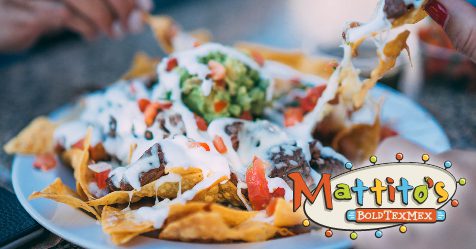 Regardless of its origins, Monterey Jack is popular in Tex-Mex cooking because it melts very easily and tends to have a more mild flavor than even mild cheddar cheese.  Monterey Jack also blends well with other cheeses and seasonings; the most prevalent variations include Colby-Jack, Cheddar-Jack, and Pepper-Jack.  This kind of cheese is especially popular in queso dips and cheese sauces. Cheddar may be the #1 cheese associated with Tex-Mex cuisines, but Monterey Jack should be considered a very close second. 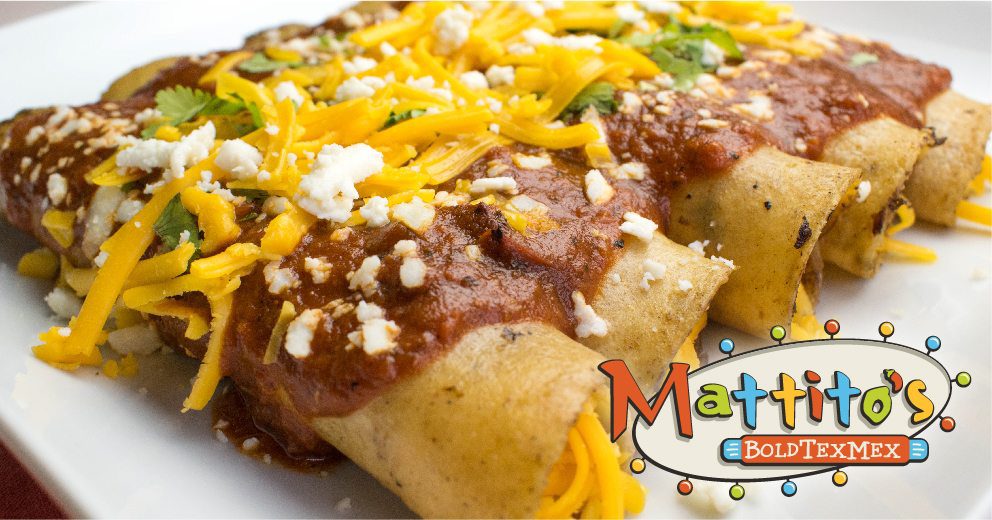 Literally, “white cheese.”  Queso blanco is easily identifiable by its snow-white color and crumply texture.  It also has an extremely mild flavor that’s both sweet and salty, and it will soften without actually melting when exposed to heat.  Queso blanco is a very old, very traditional Mexican food as opposed to Tex-Mex; “authentic” Mexican restaurants will typically use this stuff instead of any other kind of cheese—if they use cheese at all.

Queso blanco is one of the easier cheeses to create at home from scratch; it doesn’t require much in the way of equipment or preparation.  If you’d like to try your hand at cheese-making, a simple web search will bring up dozens of tutorials with easy recipes and instructions. Buying queso blanco ready-made is obviously much easier and convenient, but preparing it on your own can definitely be a fun and interesting project.

Cheddar, Monterey Jack, and queso blanco aren’t the only cheeses that you’ll ever see on a Tex-Mex plate, but they’re definitely the most common.  And while queso blanco is an authentic Mexican food, cheddar cheese is English in origin, and Monterey Jack has both Mexican and American roots.  Of course, Tex-Mex food is—at its very core—a delicious blend of both Ango-American and Mexican cooking traditions.  Cheese is just one ingredient that helps the two exist in perfect harmony! 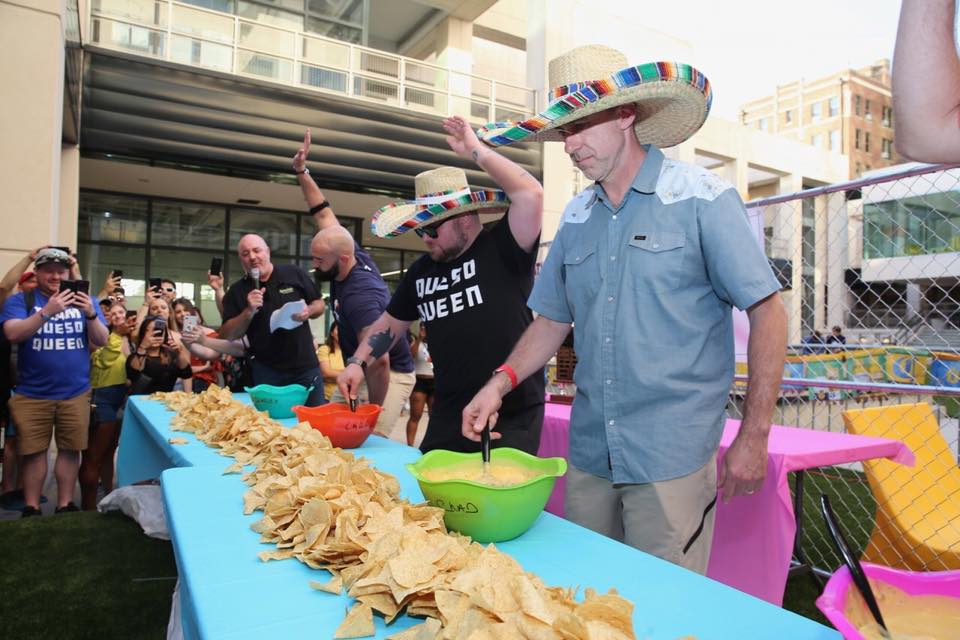