July 10 is National Piña Colada Day, so raise your glass in celebration! Or you might just hum a few bars from “The Piña Colada Song” by Rupert Holmes (1979): “Do you like piña coladas? Getting caught in the rain?”

The name piña colada means strained pineapple, a reference to the pineapple fruit juice that is used in the drink. To honor this festive occasion, here are a few recipes for some tasty piña coladas. This first one is from FoodNetwork.com.

First, you will need the following:

Place the pineapple, ice, pineapple juice, white and dark rum and coconut cream into a blender. Blend until the mix is frosty and smooth and then pour into two glasses. Garnish with pineapple slices. 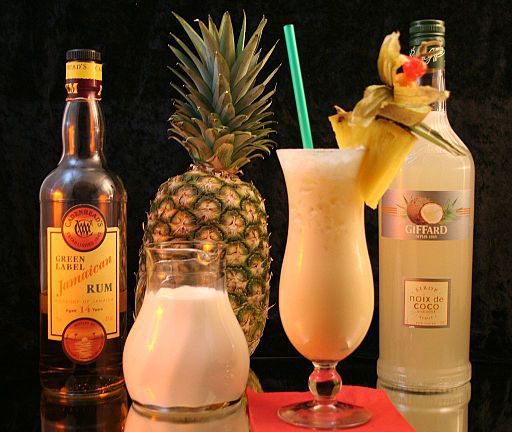 Here is another one from Epicurious.com.

Combine all of the ingredients in a blender and add one cup of ice. Blend the mixture on high setting until it is smooth. Pour it into a tall glass and add the pineapple garnish.

Here is another version of the piña colada, called the Dressed Up Piña Colada from DrinksMixer.com.

Make an up-and-down pattern inside the glass with the chocolate syrup. Take the rum, pineapple and coconut milk and blend it with two cups of crushed ice on high for just a few seconds (until the ice chunks are gone). Pour the mix into a glass and topped with whipped cream.