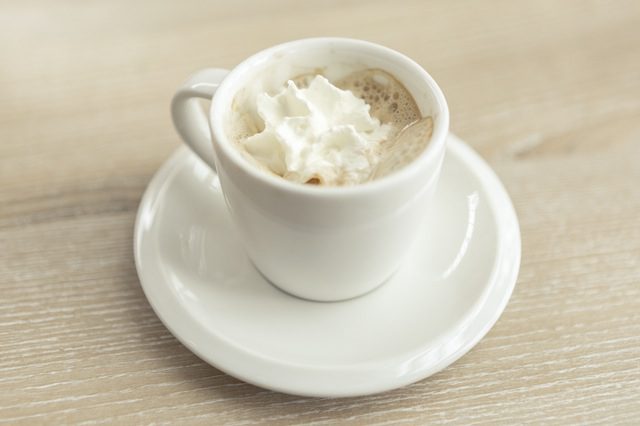 The country did not begin growing coffee until the late 1700s, when the Spanish brought plants from Cuba and the Dominican Republic. They did not begin to grow it commercially until a number of years later when German and Italian immigrants arrived to begin its cultivation.

Most of the coffee is grown in the southern part of the country, where the land narrows and turns in an easterly direction.

This recipe comes from Edith’s Restaurant posted on FoodNetwork.com.

How to make it:

Frost the rims of two cups with sugar. Add the tequila and the coffee liqueur to the cups and light with a flame. Dust the liquid with the cinnamon and then add hot coffee and a scoop of the vanilla ice cream to each cup. Top with a cherry.

Here is a non-alcoholic version from allrecipes.com.

How to make it:

We hope you’ll visit Mattito’s soon to eat your fill of some of the best Tex-Mex cuisine in the greater Dallas region.