When it comes to cooking Tex Mex dishes, it’s fairly hard to make a mistake. Still, errors do happen and so we’ve put together a short list of mistakes home cooks make when they decide to serve their family and friends Tex Mex dishes. 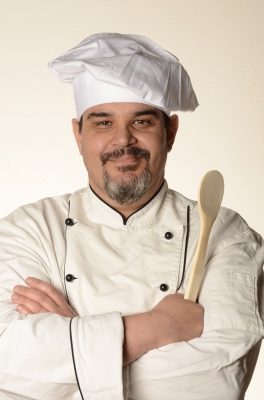 You don’t have to be a professional chef to make great Tex Mex food, but you don’t want to make mistakes, either!

Tex Mex food as we know it came to the U.S. via Mexicans who moved to and settled in Texas (Tejanos), bringing their cuisine with them and then changing it over time.

Many Tex Mex dishes use beef or pork in various forms (think ground beef for tacos, shredded beef or pork for tacos, skirt steak for fajitas, and so on). Don’t cook the meat and then immediately place it into the dish. Instead, let it “sit” for a bit, allowing its juices to distribute the juice throughout the meat.

The more you fill up a pan with meat or vegetables (think red, green and yellow peppers sautéed for a fajita, etc.) the less evenly they will cook. If you have a lot of vegetables or pieces of meat, consider using two pans.

Your cooking surface needs to be hot so that it will brown food and seal in juices. Make sure the pan is hot (and hot before you add any oil), before cooking. To see if the pan is hot, splash a few sprinkles of water in it. The water droplets should evaporate quickly. Then add any oil. Add the meat or fish when the oil starts to ripple a bit.

However, if you use a non-stick pan, place the oil in it before you turn on the heat, because non-stick pans can release toxins if they’re heated up when empty.

One would think that a pinch of a dried herb would work, but dried herbs can actually pack too much flavor. If a recipe calls for fresh herbs, make sure you use fresh.

When you want a sizzling fajita, you need to cook it in a hot skillet. Searing meat needs a burst of heat so that the meat’s proteins can cook quickly. Keeping the burner on low or medium means the steak’s inside will be done at the same time as its outside, resulting in little browning.

Instead, turn the hit up to high and let the pan/skillet sizzle for a couple of minutes before placing the meat in it. In addition, a cast-iron skillet is best because it retains heat.

When you have a hankering for mistake-free, great Tex Mex food, make sure you stop by a Mattito’s restaurant soon!