Let’s say you rarely visit a Tex Mex restaurant (we hope you’ll soon change your mind and visit Mattito’s more often!). So you may not know a lot about Tex Mex cuisine, how it differs (or doesn’t) from Mexican food.

So to help you enjoy your next visit to a Tex Mex restaurant even more – and to impress your waiter – we’ve put together a short primer on Tex Mex cuisine. Take a look below. 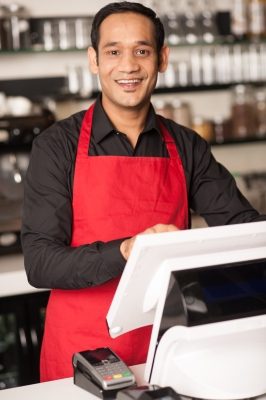 Impress your server with your knowledge of Tex Mex cuisine.

Tex Mex cuisine is a melding of Mexican Indian and Spanish foods brought up by folks who lived in Northern Mexico and then migrated into Texas. (These immigrants were known as Tejanos.) Tex Mex cuisine “started” long before Texas was a state of U.S, as far back as when the Lone Star State was part of New Spain and then Mexico.

The term Tex Mex got its own start as a reference to the Texas-Mexican railway and later became a way to identify native Texans whose family origins come from Mexico.

Foods in Mexico traditionally rely on rice and beans, with meat as the side dish or as an “accent” to the mostly grain/vegetable meal. The fact that Tex Mex tacos, burritos, chimichangas, etc. are meat-centric is due to the influence of beef on Texas residents. Beef was – and still is – beloved in Texas due to the many cattle ranches that are a part of its cultural history. Hence, it made perfect sense to add lots of beef to dishes enjoyed by Texans of Mexican descent.

Americans from all over also love their beef. The fajita and the chimichanga are totally Tex Mex in origin (while the burrito, enchilada and even taco have their “forebears” directly from Mexico). Nachos, smothered in cheese also are a Tex Mex creation.

Traditional Mexican desserts relied on fruit as a sweetening agent. Sugar cane – sugar – came to Mexico via the Spaniards but its use was still somewhat limited for centuries until Mexicans started moving to the U.S.

Desserts in Mexico still tend to use less sugar than desserts in the U.S. and Tex Mex desserts also still retain a less-sweet flavor. That is changing, of course, as the whole world goes sugar-mad. Still, you’ll no doubt notice that your dish of flan for dessert at your favorite Tex Mex restaurant is not nearly as sweet as American custards or puddings.

Visit Mattito’s the next time you want to learn more about Tex Mex dishes: our waiters are happy to tell you all you’d like to know about their ingredients and how we make them. Visit the Mattito’s location closest to you.